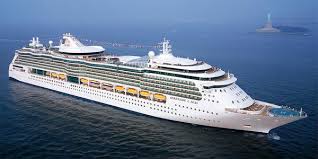 Bravo Cruise Of The Performing Arts 2020

Set sail with The Metropolitan Orchestra in their seventh year as resident orchestra of Bravo Cruise of the Performing Arts.  Sailing on the Royal Caribbean’s luxurious Serenade of the Seas departing Sydney for seven magical nights bound for Noumea and the Isle of Pines in New Caledonia, TMO will be joined by a host of the world’s best performers including headliner, internationally acclaimed Opera & Musical Theatre sensation – Anthony Warlow as well as one of West End’s & Broadway’s most celebrated stars – Ruthie Henshall, along with Teddy Tahu-Rhodes, Peter Coleman-Wright, Cheryl Barker, David Hobson, Mirusia, Jonathon Welch, Richard Troxell, Amanda Lea LaVergne and Conductor Guy Noble, all accompanied by The Metropolitan Orchestra. With over 45 artists on board, BRAVO 2020 will be an all-encompassing performing arts experience at sea like no other.